Cath is a Simon Snow fan.

Okay, the whole world is a Simon Snow fan…

But for Cath, being a fan is her life—and she’s really good at it. She and her twin sister, Wren, ensconced themselves in the Simon Snow series when they were just kids; it’s what got them through their mother leaving.

Reading. Rereading. Hanging out in Simon Snow forums, writing Simon Snow fan fiction, dressing up like the characters for every movie premiere.

Cath’s sister has mostly grown away from fandom, but Cath can’t let go. She doesn’t want to.

Now that they’re going to college, Wren has told Cath she doesn’t want to be roommates. Cath is on her own, completely outside of her comfort zone. She’s got a surly roommate with a charming, always-around boyfriend, a fiction-writing professor who thinks fan fiction is the end of the civilized world, a handsome classmate who only wants to talk about words… And she can’t stop worrying about her dad, who’s loving and fragile and has never really been alone.

For Cath, the question is: Can she do this?

Can she make it without Wren holding her hand? Is she ready to start living her own life? Writing her own stories?

And does she even want to move on if it means leaving Simon Snow behind?

So, I liked the book, big deal huh? Almost everyone loved this book. And for that, I started reading this one very relactantly until the first pages. As the story went on I really couldn’t put it down. I wanted more and more.

I would like to comment more on the characters rather than the book itself, cause it is a well-written book, needless for me to say that.

Wren and Cath, the twins, irritated me at times so much! Wren’s behavior was a typical sophomore  ass, like you would expect her to be, but not to her sister, come on! I really didn’t liked her for that. I didn’t quite much forgave her either for treating Cath the way she did. Even by the end of the book i couldn’t give her a break (I’m so not the forgiving kind of type). To me, she was unacceptable, especially when Cath was always there when she needed her. I liked to see her change but still, she had gotten the red card!

Cath, on the other hand, was way too shy at the beggining and kind of made me not like her. I could relate to her only half way, because, okay, I get how scary it is to leave home for the first time and go to the unknown and have to meet new people but, it is also partly exciting. She had no manners and no social skills whatsoever that all I wanted to do was slap her in the face and tell her to snap out of it! Nevertheless, down the road I felt so relieved and happy to watch her evolve and grow month after month. She eventually developed into an interactive human being that I could actually see myself hanging out with. I love how she managed to have everything and not lose herself in the process, like Wren did or even me, back in college. I found that very brave of her to do, also she was so grounded, responsible and caring, and for all that she made me like her the best.

Reagan, god I loved Reagan! I loved how she helped Cath out. Thank God for Reagan! If she wasn’t there for Cath I doubt she could have ever made it out of her bed. Plus, Reagan’s character was so raw and authentic, I loved her honesty and how real she kept it. Also, she may have been a terrible girlfriend to boys but she was such a good friend to girls. She is someone that you need in your life and that you can rely on. She was adorable, though I bet she woudn’t want me to call her that and genuinely awesome!

Levi, what is there to say about Levi? I saved him for last because my top favorite, my number one. He was no prince charming, though he got the charming part alright! I absolutely adored his character! He is everything a girl can wish for. He was respactful and smiley and such a positive contribution to Cath’s life and to this book that I coudn’t get enough of him. At first, I thought he was kind of a player, and I was really skeptical about him but as I got to know him better he was all worth it. Who wouldn’t like him?

The book ended, the words stopped, no more pages for me to read and I felt like i was abruptly interupted by the finish line. Ok, the year was over, Simon Snow was over, I get it, but I feel like she left so many questionmarks by the end. Besides there are at lest 2-3 years left for her before graduating. Won’t we get more insides? Anyways, maybe I just wanted more… More Cath and Levi for sure! Don’t know if anyone else felt the same way, but I gave it a 4 because I felt like it left me hanging and because I couldn’t realate to Cath much.

That’s all! Hope you have enjoy reading it and who ever has yet to read it i hope you will enjoy it, too. Overall, I spent five beautiful days fangirling. 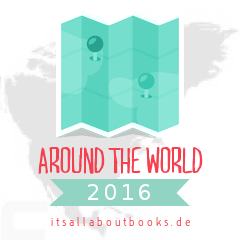